Cheeky Pup! Dog Training was established in June 2008 by Dorothy Smith, providing private in-home training and behavioural modification services to people living in the Western Suburbs of Sydney.  In August 2008 Cheeky Pup started running puppy preschools at a local animal hospital, and in January 2009 started providing puppy preschools in other areas.  As well as private animal training and puppy preschools, we now also run Canine Kindys – general obedience training groups.  We also provide training for assistance dogs for adults, and emotional support dogs and can help your dog become recognised as such.

Dorothy has a BA(Hons) from the University of Sydney, and a Cert IV Companion Animal Services from Richmond TAFE. Dorothy is currently attending Western Sydney University working towards her doctorate in canine behaviour but is yet to decide if she will take a route via neuroscience or endochronology! Dorothy has also been involved in the Dogs + Cells trial at Sydney University, which is treating dogs with Alzheimers with the goal of relieving their functional symptoms.  She has an ongoing commitment to continued professional education by attending professional seminars and courses, and keeping up to date with professional journals and international research in the fields of ethology and animal training. Dorothy’s special areas of interest are dog aggression/fear-reactivity and timidity.

Dorothy has been interviewed for Dog’s Life magazine and appeared in tv show The Shire advising on the training and keeping of a pet ferret!  Dorothy also provided and trained some of the pups featured in Hallmark Cards’ ‘Hello You’ campaign launch in Sydney with some of those pups being featured in the daily newspapers.  She is also currently involved in developing and co-presenting a DVD on preventing behaviour problems and ensuring pups grow up to be well mannered family and community members.

Training style (or: How to deal with a Cheeky Pup!)

The Cheeky Pup method of training is based on operant conditioning, with a focus on positive reinforcement, rewarding your dog with something motivating to them when they do as we instruct.

What does that mean?  Well, first we show your dog what we want them to do, then we use a vocal marker (“yes!”) when your dog know is doing something right, and we also pay them for a job well done (payment starts as a small piece of food, but can later be changed to a favourite toy, a quick game fetch, or even just a belly rub from you).

We only occasionally use benign forms of punishment but this is never anything harsher than briefly taking away a reward from your dog if he or she stops doing what we’ve asked for, but that is quickly returned once your dog starts doing the right thing again. : )   The same style of training is used on all animals, including those that are aggressive, dangerous, and even restricted breeds.  I can do this because as an animal trainer (rather than a ‘dog trainer’) I use methods used on captive animals in zoos, wildlife sanctuaries, research facilities, and marine parks.  I wouldn’t even think of trying to push a lion into a ‘sit’ position, smacking a killer whale for non-compliance, or jerking on the collar of a grizzly bear – so why would I or anyone else even consider trying to do that to someone’s pet, and I wont let you do those kinds of things either.

All training is done with pets wearing a flat collar (no check chains or prong collars *ever*) and a standard lead.  Once your pet is properly trained you will not feel the need to use any kind of special equipment anymore anyway.  Although in some circumstances some dogs are required by law to be muzzled in public and wear specific collars etc.

An often overlooked aspect of ‘training’ is ‘management’.   This means taking sensible steps to prevent your pet from getting into mischief.  For example, if your puppy likes to chew shoes, make sure everyone puts their shoes away promptly and your puppy is given appropriate chew toys to enjoy.  I always recommend puppies and dogs of all ages have a Kong toy that can be filled with food (try peanut butter, cream cheese, leftover cold meats and safe vegetables/grains/pasta (especially if in gravy!), even canned dog food). 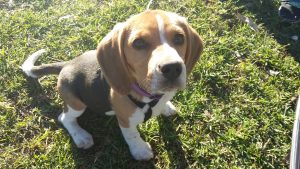 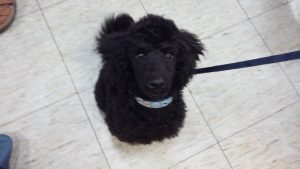 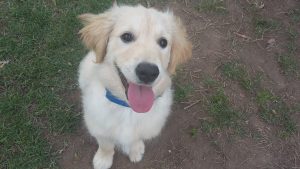 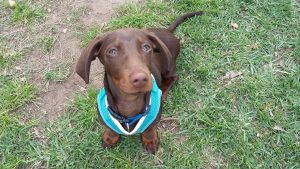